Used to store breast milk, clean and hygienic; Can be refrigerated and frozen; Spout design. 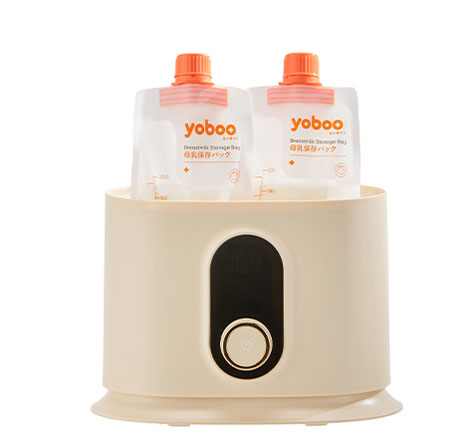 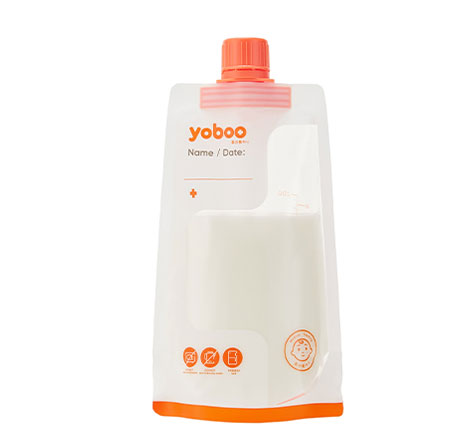 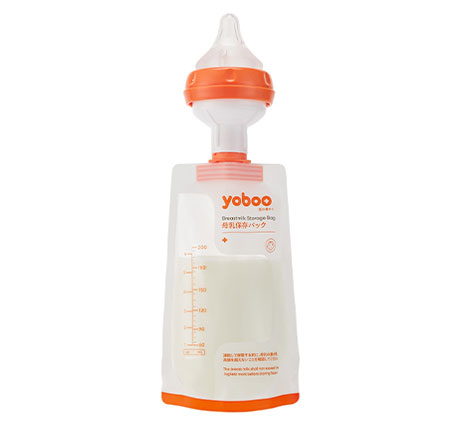 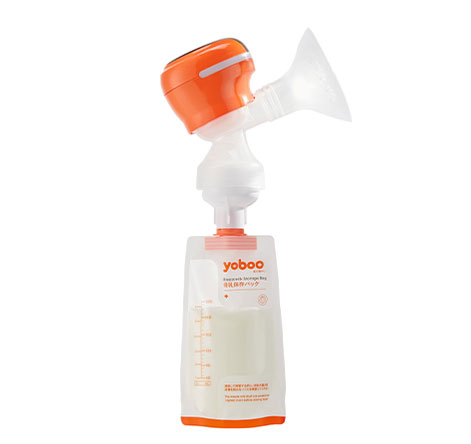 No need to pour milk

No need for container transfer

The material composition of disposable milk bags is not suitable for recycling. yoboo baby breast milk storage bags have been scientifically tested and are made of more stable, safer and more durable plastic. Basically they are designed for one-time use, after which they are likely to deteriorate and cannot withstand multiple disinfection cycles.

On the other hand, there are breast milk storage bags specially designed for reuse, but they should be used as instructed.

In summary, always be sure to follow the instructions provided by the manufacturer.

How long does breast milk last in storage bags？

How long can breastmilk sit out at room temperature?

Dr Chinen Rina, a paediatrician from the Japanese Society of Paediatrics, advises from experience that it is safer if untouched breast milk is left at room temperature for four hours or less. If it’s been longer than four hours, you need to throw it out.If you know you’re not going to use the milk during that time and your baby hasn’t sipped from it yet, just stick it in the fridge.

How long can breastmilk stay in the fridge?

According to the American Academy of Pediatrics, once you’ve put breastmilk in the refrigerator, it can stay there for up to eight days.However, according to professionals, it is best to use milk within the first four days, when its fat, digestive enzyme activity and anti-infective benefits are at their peak. To keep the milk cold, be sure to store it on the bottom shelf at the back of the fridge, not in the door. 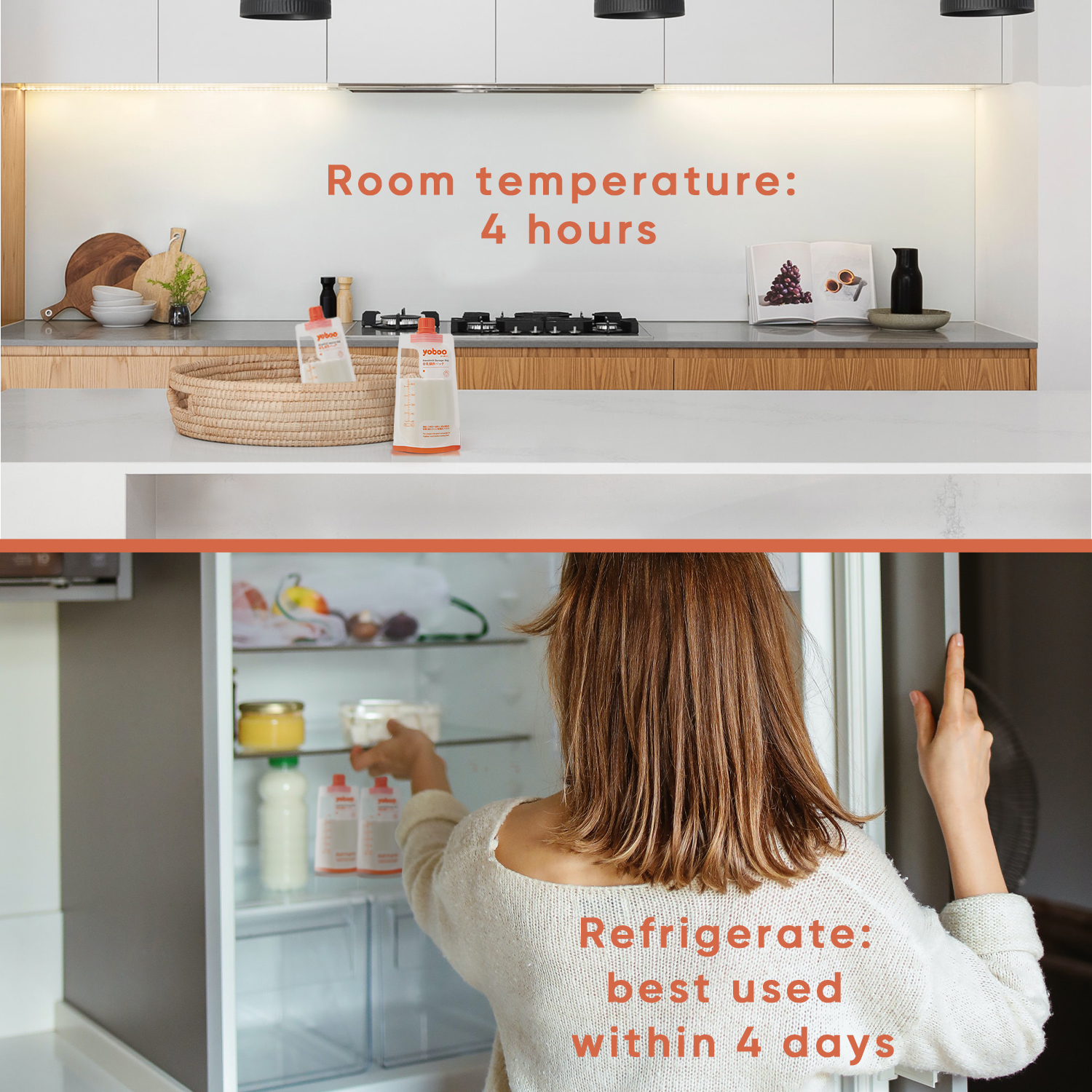 5 signs that your baby is feeding well

How fast babies gain weight how many wet and dirty diapers they have, and how long they seem satisfied after nursing are good clues. A well-nourished newborn should:

Lose no more than 7% of birthweight in the first few days after birth before starting to gain weight again.

Have one or two bowel movements per day on days one and two, with blackish, tarry stools, and at least two stools that are beginning to appear greenish to yellow on days three and four.

By five to seven days, your baby's stools should be yellow and loose, with small curds, and should number at least three to four per day. When your milk production increases, your baby will often produce stool with each feeding for the first month of life.

Have six or more wet diapers per day, with nearly colorless or pale-yellow urine, by five to seven days.

Seem satisfied and happy for an average of one to three hours between feedings. 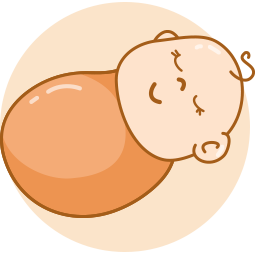 yoboo ensures the safety and health of every baby and mother. The raw materials of the products are selected from BASF PPSU in Germany, and have SGS, FDA, ROHS, CE, ISO and other testing certifications. 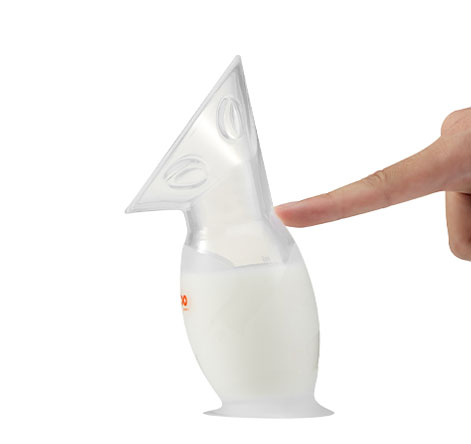 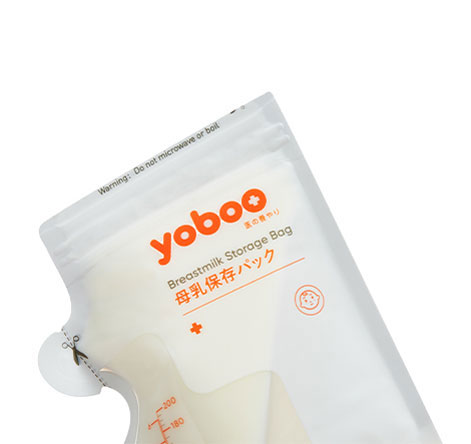 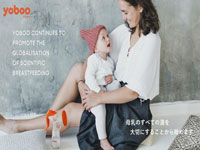 In response to WHO's call, yoboo supports breastfeeding
In recent years, as the WHO's advocacy for breastfeeding has continued to deepen, the Philippines has organized several collective breastfeeding activities. As a professional medical mother and ba...